by Blog Before Flight Staff October 31, 2016
Yesterday another strong eartquake struck the center of Italy, after few hours an HH-139A helicopter of Italian Air Force was on the zone to make first reiconaissances and transport in place an evaluation team. 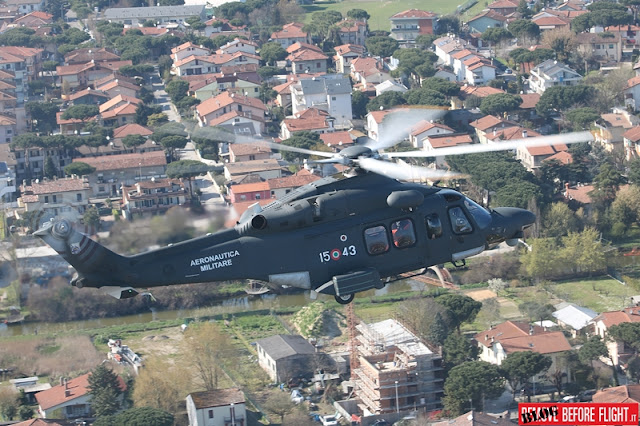 The relief to people is possible thanks to aircraft and specialized crews in air rescue and ready to intervene on the whole national territory and in all operating conditions.
Landings and takeoffs of several aircraft at the Amatrice heliport are safely managed by the mobile control tower and a dedicated team.
For aerial survey of the affected areas and the subsequent intervention assessments it was used an AMX fighter jet of the 51st Wing of Istrana AB (Treviso). 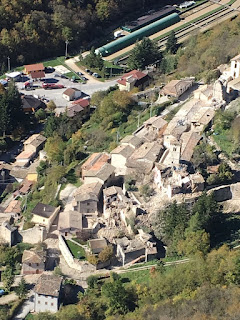 Thanks to the sophisticated photo-pod RecceLite normally used for intelligence, reconnaissance and surveillance have been carried out with very high resolution images of the affected centers to define the most effective means of intervention on the ground.