Aboard a Huey helicopter I followed a Medical Evacuation and a Quick Reation Alert exercises.

Recently I had the opportunity to spend a day with the personnel of Italian Aviation Army 5th Regiment "Rigel" to follow three different phases of an exercise:

- Medical Evacuation (MEDEVAC): evacuation of the wounded from the operations area with UH-205A and medical crew.
- Quick Reaction Alert (QRA): operational readiness for air defense in the area. Working with 2 AH-129C
- Emergency intervention simulated according to an AH-129C as a result of a technical failure

The mission was preceded by a briefing where the flight details and radio call sign have been defined. During this phase the military has paid special attention on how to meet all of my photographic needs without causing obstacles to the activities.

At the end of the breifing "my crew" and I went into the operating area to wait the came back of a UH-205A helicopter from a previous training flight.  After the landing took place a fast crew change and in a few minutes we were a few meters from the ground, aboard runway, to attend the launch of a second UH-205A and two AH-129C Mangusta. 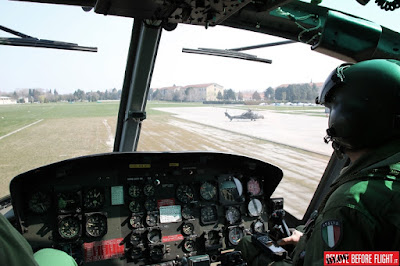 The powerful turbine of the "Huey" allowed us to reach a "gritty" flight operational area in about 15 minutes where we found a convoy of UH-205A vehicles and a wounded soldier to be recovered. While the AH-129C control the airspace around, promptly comes the “Huey” carrying the medical team to perform the recovery.

The action took place quickly and accurately, the time to snap a few consecutive pics and everything has already been completed: the wounded aboard on a stretcher and the helicopter ready to go to bring him to safety. 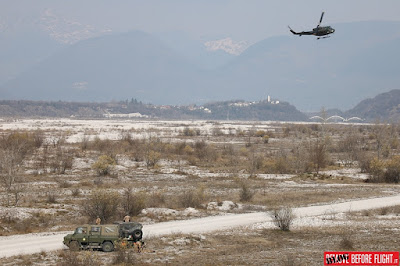 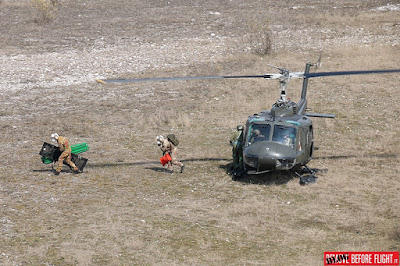 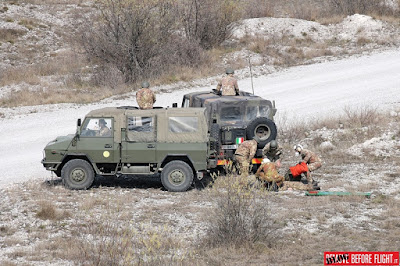 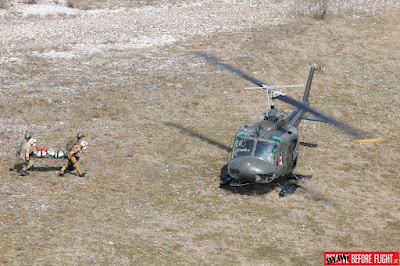 During the return flight to the base, we reached the two Mangusta helicopters over the beautiful surroundings of the Tagliamento river to get some suggestive shots. 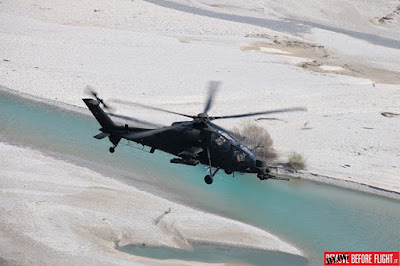 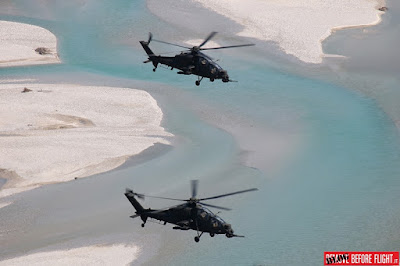 Just dropped by helicopter I run along the runway where an AH-129C arrived by simulated a failure, I admired the readiness of rescue teams; first firefighters to extinguish the fire and then the medical team to extract the "Gunner" hurt and lend him the necessary care. All happened in a few minutes despite the confined space of the Mangusta cockpit. 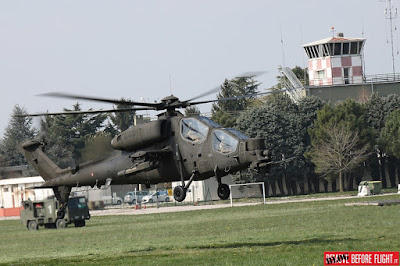 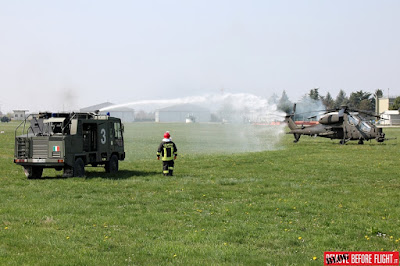 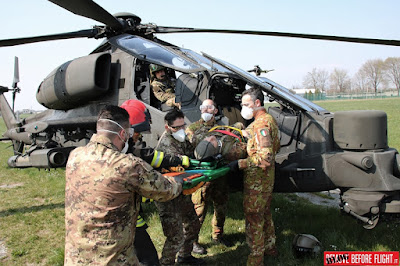 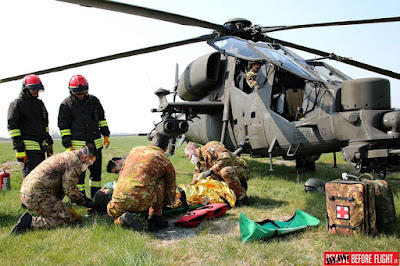 It's located in Casarsa Della Delizia Airport (North of Italy).

- 27th Squadrons "MERCURY" equipped with UH-205A helicopters
- 49th Squadrons "CAPRICORN" equipped with AH-129C/D helicopters
- Support Group "WOLF" whose task is to support logistically and technically the operation of the two squadrons.
- CFE (Crew Training Center) located in the employ of the Commando Regiment, from 2008 works with the function to enable pilots and technicians operating on AH-129C / D of the entire armed force.

Since May 1, 2000 the Regiment is part of the "Friuli" Air Brigade based in Bologna and constitutes its air and mechanical component with tasks of tactical and logistical helitransport and combat support.

AH-129C/D Mangusta - twin-engine helicopter with a power of 825 shp engine, a cruising speed of 135 knots and a 'autonomy of 2 hours and 30 minutes. L 'crew consists of a pilot and a co-pilot gunner. Can be armed with SPIKE system for launching and guidance of air-to-ground missiles, RKTS system consisting of rocket launchers from 81 and 70 mm and GUN system: 20 mm gun in the turret swiveled